HATZ has been building diesel engines for around 140 years now.  We are known as a specialist for diesel engines ranging from 3 hp to 83 hp.  The basis of all HATZ activities is for the development and production of high-quality and rugged diesel engines.  Here is what HATZ says about their products:

"As an engine manufacturer with almost 140 years of experience we are well known and in demand throughout the world. The goal of all our activities is the development and production of high-quality and rugged products, and most importantly: Satisfied customers.

Best practices are developed over time by understanding what works best and knowing what engine application issues to avoid. While application begins with selecting the required power and torque, making sure an engine meets its best performance relies on the expertise of the application engineering.

Our design and development efforts always focus on the following aspects:

Fail-safe and reliable:
Our engines have proven themselves in the most extreme climatic conditions. Hatz engines are famous for their good starting even in low temperatures.

Rugged and indestructible:
Hatz engines are designed for service life and ruggedness. Top quality materials and production guarantee this. Operation and maintenance of our engines are problem-free even for new operators.

Universal use:
The compact design, the many options for power take off, as well as an extensive number of accessories provide ideal solutions for all applications.

Sustainability is our formula for success:
All Hatz engines are developed with maximum care when it comes to their environmental compatibility. This is not an empty phrase at Hatz; rather it is the corporate philosophy we live by. This is why Hatz is the only manufacturer that offers exhaust-reduced and air-cooled diesel engines over the entire product portfolio."* The information above was obtained and credited to:  https://www.hatznorthamerica.com/solutions/engineering/ 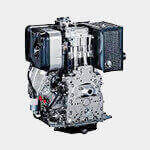 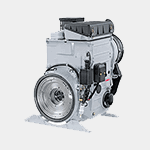 Since 1876 DEUTZ engines have played a role in the mechanization and development of the Americas.

The first DEUTZ engines sold in the USA were marketed by Schleicher, Schumm & Co, Philadelphia. This company was succeeded in 1894 by the Otto Gas Engine Works, also located in Philadelphia. The DEUTZ engines were re-introduced to the North American market in 1951 by Diesel Energy Corporation. This company became a DEUTZ subsidiary in 1955 and its name was changed to DEUTZ Corporation in 1974.

DEUTZ Corporation is a sales, service, genuine parts and application engineering center for the Americas, supporting the DEUTZ product range of 30 - 700 hp diesel and natural gas engines. Located northeast of Atlanta, GA, Test Calibration is proud to be a major dealer for the sales and service of all DEUTZ Engines. 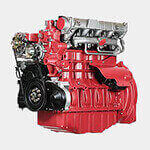 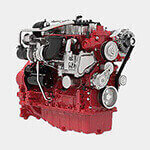